It is almost a month and a half since I wrote something here. During that time I spend three weeks renovating my new flat, then I stared new work and my child started her first class. It was a tumultuous time. With not so much free time for me. But I've managed to squeeze some time for RPGs.

Achtung! Cthulhu continued with one session, during that game they move from the resistance base to the forest where they look for Father Andrzej. Cannot wait for the next time we will play, maybe next week. There is a chance for a big finale.

My Horror on the Orient Express campaign started nicely. I'm shocked by the pace of this game. Players are so good and foresight that the manage to move in extra pace from London to Paris and now they are leaving Paris. They manage to not delve in any additional stuff but they run straight to the most important events. It is pleasure to run this game. On the blog front, I will start Our page in the second half of this month.

I've got a chance to run two additional adventures for two different players. Two scenarios from John Hooks extras from the last Age of Cthulhu Kickstarter. They are superb scenarios.

After I wrote this up I thinking that it wasn't so bad after all. But back to normalcy is even better. 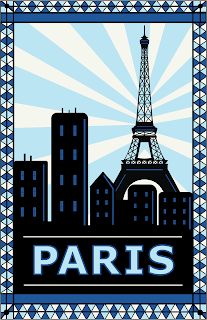 Last week's second session was the first part of Act 2 from Three Kings.  Do not know why, but it turns out more in the vein of Inglorious Bastards then anything else. Even if I wanted to make it more gritty and down two earth, actions of my players created this kind of over the top, pulp, bloody episode. It was much fun, but for our next session, I need to take them somewhere much darker. So maybe it was necessary to give them something lighter in tone? Cannot wait to unleash on them the true horror of Castle Karlstein! 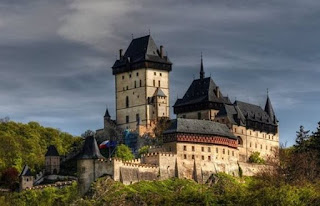 Another week comes with another nice game of classic Call of Cthulhu. This time two of my players decided to delve into Arkham secrets. For the first time since one of my friends gave me Miskatonic University sourcebook - many, many years ago, I've rediscovered little adventure on the back of the book, called "A little knowledge". It is a simple scenario, but different in some points from other adventures in this haunted town. It is easy to do prep and heavy on the roleplaying aspect of the game. Inside You can find references to two H.P.L. stories and during the game, I made another one. It was a fun little adventure for one session, but You could easily make it longer. Below I show You NPC portraits from this adventure. 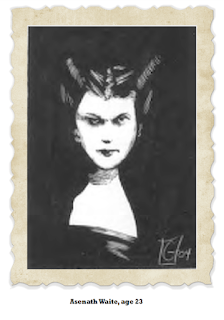 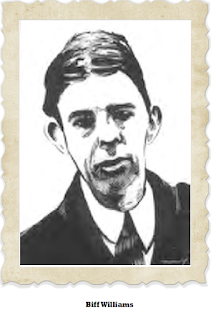 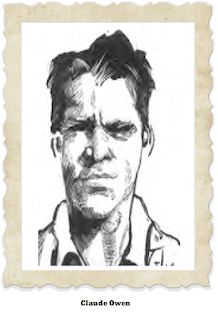 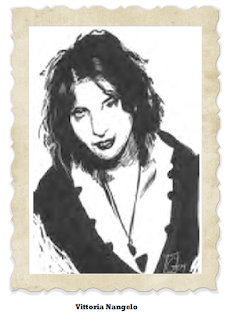 On 16 of this month, I've got a pleasure to run a little adventure for one of my players. It was the second scenario from John Hook's Kickstarter for Age of Cthulhu IX.  It was first published but I choose not to use it as the first adventure in our new little campaign based on Arkham and area near this haunted town.

Spoilers for Pickpocket by John Hook

My friends PC - Dr. Ruppert Price is healing from the recent encounter with Cat from Saturn (scenario The Silent Clowder). But after coming back to work he has more clients than ever before. After very long and stressful day, he goes to Anthon's Restaurant. After good supper, he chooses to walk home, and on the street, he became a victim of a pickpocket. Following this little urchin to an abandoned factory he catches him and sees that is something wrong. The boy is worried about his older brother, who went missing in nearby sewage. Dr. Price decides to help little boy...

This adventure may end up in many ways. One of them can even generate another adventure, but this time in Valley of Pnath in Dreamlands! Unfortunately, my friend didn't go that way. So we stick to good old Arkham. But in this case, I can use all of my Arkham materials, like maps and big old supplement by Keith Herber! It was a good little game... 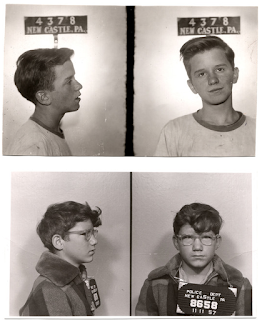 These are those two little urchins...

So yesterday I've run the first act of Three King's adventure for Achtung! Cthulhu. It was fun and ended in a good cliffhanger, so my players will be waiting for the next session eagerly. For some Achtung! Cthulhu fun I have waited a couple of years, but now, with a group that likes military history, only time is a limit!


Spoilers for Three Kings below!

The first act was short and sweet. They meet up in Section D headquarters, where they meet with their boss and with the representative of Czech Military Intelligence. After this briefing PCs went to pack for the mission. Then they went to a military airport, they got into the plane and fly over the Karlstein area. Then they parachute themselves off the plane and land in the woody area without any trouble.

After night first encounter with Heer soldiers, they hide deeper in the woods and wait till morning. But early in the morning, they heard something. It was a group of Heer soldiers with some prisoners. The situation was dire for these prisoners, so our group had to decide to stay undetected or let these innocent people die. They choose to throw a hand grenade into soldiers. The grenade went off! This was the end of the first session.

Do not why, but this adventure reminded me Wolfenstein games, especially Return to Castle Wolfenstein and Wolfenstein from 2009 and of course the granddaddy of all FFPs - Wolfenstein 3D. Maybe somewhere they meet some other agent? Called B.J.?
Autor: Wojciech Kobza o 08:42 Brak komentarzy:

After almost three months of nonstop playing we got ourselves a week off. After that, I run the last part of "The Last Equation" for one of my groups and for another solo player recreated "Bestow" by Ross Payton of RPPR fame. It was a cool farewell for the Delta Green universe for some time. To keep with my schedule of playing in one game for three months in a year. Why You ask? The answer is simple - not to become bored with one world we play at. With some exceptions of course (Masks of Nyarlathotep!). So we decided we should play some classic Cthulhu. We didn't play in the Classic Period in a long, long time. So... 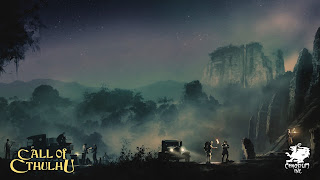 For one player I've run "The Silent Clowder" by John Hook. This scenario was a part of the Age of Cthulhu IX Kickstarter, but I never use it anywhere. But after this episode... What can I say? It was a glorious comeback to Arkham. We used first time maps of this haunted city from 7th edition Kickstarter. We had a great time. Looking forward to running another of these scenarios, I've got three more and then maybe Monophobia?

For two players who are more military-oriented, I dig up an Achtung! Cthulhu scenario Three Kings - so we are starting next week with this adventure. Hope to have some WWII action finally! One other scenario in that period I've ever run was The Colony for Delta Green. So I'm very excited about this game. 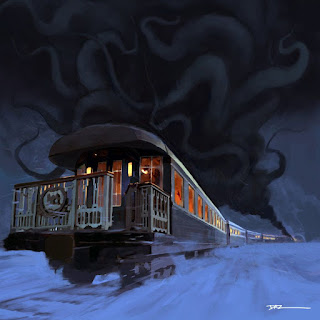 What about Heroes of Rura-Tonga? I've got to postponed it to next year probably. I will create other handouts for this campaign, but for now, I've got to concentrate on another endeavor. After some talks with one of my first players and my wife, we decided to recreate a campaign we played some twenty-one or two years ago! We never close this campaign, but after so much time we are ready to start it anew. So my experience from creating so much fun handouts for Heroes will be put in good use starting prepping for Horror on the Orient Express. I will use one and only Polish translation of this campaign from more than 20 years ago. Real Life commitments create opportunities to play in it only once a month. So the bigger and surely better last edition is not for us, with all these addon scenarios. But we are playing in a classical period wardrobe. With that in mind, we decided to create another blog dedicated to this topic. It will be in English and Polish language. Hope we can drive from London to Istambul with our friends. We will see!
Autor: Wojciech Kobza o 09:43 2 komentarze:

I cannot tell when all this time went. Almost two weeks since my last post! Strange. where did this time go? Not all this time was lost. We played in four sessions. Two last week and two yesterday and day before that. What we played in? Delta Green.
First, my wife runs adventure in Montana with hotel in middle of nowhere and group of archeologists. They stumbled on something they shouldn't. The enemy was something a long time buried and recently discovered. And the sound that it created... This scary sounds...
Then I run for one player on the first session Lost Equation. This all-time favorite is solid and fun. I've run it in the mindset of police procedural, so it was a slow-burner.
Another session run by my wife was a little gem of adventure circling around Jackson Pollock painting:
Number 1A 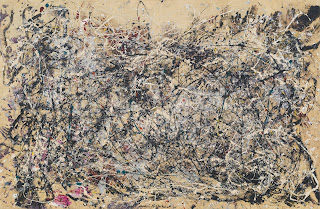 It nearly crippled three agents, burn down motel, and end in a shootout, but it was very fun.
Lastly, I continued Last Equation but this time another agent join the Opera. I cannot wait for what will happen next week!

P.S. I'm still creating handouts for Heroes of Rura-Tonga, but it comes very slowly. I hope it will be worth the work and wait.